Ash has returned and it’s time for the boomstick to do some talking, so all of the deadites should be on notice. This Halloween will mark the debut of the Starz original series “Ash vs. The Evil Dead” and the blood is ready to pour.
This half hour series see everyone’s favorite badass, Ashley “Ash” J. Williams, 30 years removed from the original events of the classic “Evil Dead” and moving on with his life, sort of.
Ash works at Value Stop and lives a “quiet” life in a trailer park, until the evil returns and Ash is ready to tango.
At the 2015 San Diego Comic Con, Ash vs. The Evil Dead held a panel and unleashed this amazing trailer onto the masses.

Along with Bruce Campbell, Sam and Ivan Rami are returning the Evil Dead fold, as both Ramis are stepping into the roles of executive producers. Also, Sam Rami will direct and co-write the debut episode of the series.
There are some new faces joining the mix as Ray Santiago, who plays Pablo Simon Bolivar and Dana Delorenzo, who plays Kelly Maxwell will join Ash on this new chapter. Also, Lucy Lawless enters the story as the mysterious Ruby.
As Hollywood seems to be lost when it comes to original ideas, it’s awesome to a classic getting the proper treatment. We can only hope that Starz treats this production correctly and we see a long life for Ash and the evil dead. 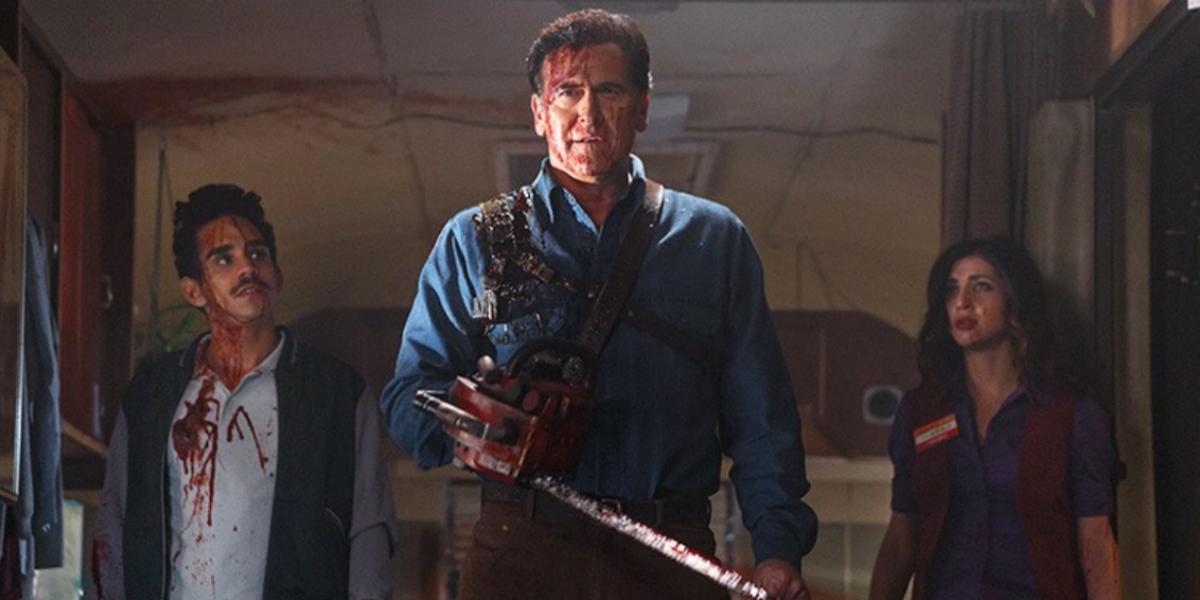