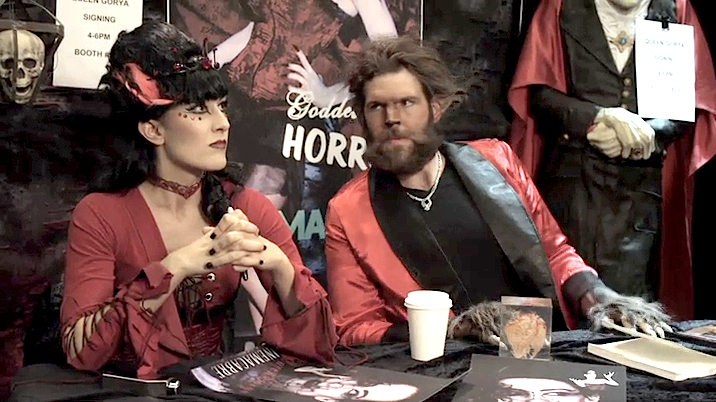 (Joshua Gilmore-Staff Writer)
It began in 2013 and a chance meeting at the Los Angeles Days of the Dead Convention. The Nowhere California Team was in attendance, covering their first convention and the team from Queen Gorya was spreading the word on their upcoming series. The two teams crossed paths and exchanged information, which could have easily ended there and, luckily, it did not.

As the months progressed, Nowhere California was lucky enough to have many great conversations with different cast members of the Queen Gorya series..

Then, after a successful kickstarter campaign, Nowhere California had the chance to attend and cover the pilot premiere. The event was great and the finished pilot was amazing…


The pilot is still available to view at www.queengorya.com. It is some great work and everyone involved should be proud of this work. Queen Gorya is something that should be viewed and deserve more word of mouth.

After you watch the pilot episode, give a listen to Josh and Phil discussion in this special edition of “WHY NOT?”

WHY NOT TV EDITION: Why Not Queen Gorya?

We’ve mentioned this to everyone at Queen Gorya multiple times and we’re going to do it again here. We want to thank the entire Queen Gorya crew for lettings us into your world and allowing us to watch the evolution of this journey.