From April 1985 to March 1986 the DC Comics world was turned upside with the legendary comic-crossover event “Crisis on Infinite Earths”. In an effort to bring the DC Multiverse into one cohesive singular universe, Marv Wolfman conceptualized a first of its kind crossover that changed the very DNA of DC Comics until 2011 with the launch of “The New 52”. Wolfman’s goal was to make the DC universe more appealing to the mass consumer and set out to cut down the complicated mutiverse theory and remove alot of unneeded characters and worlds DC had created over its 47 year run. The pinnacle of this crossover was seeing multiple versions of some the famous DC characters interacting for the first and last time.

With the DCEU dominating the ratings for CW, the creative heads have decided to bring the popularity of DC’s biggest comic book event into their TV universe. CW announced in May that they had begun work on what is to be the biggest TV event of the year, if not the decade, with all 5 of their shows taking part in this momentous event. Airing in the final weeks of 2019 into the opening weeks of 2020 , each show will be a single part of the 5 part storyline:

Casting announcements have been steadily coming in since August with some very notable actors in the DCEU coming back to either reprise their “original” role, or taking on a new role in their characters hierarchy. Notables names returning are: Brandon Routh who will be playing a duel role of Kingdom Come: Superman and his Legend’s character The Atom.

Voice over legend Kevin Conroy will be playing his first live action iteration of Bruce Wayne, along with ’66 Batman alum Burt Ward in an unknown role. Erica Durance will be reprising her role as Smallville’s Lois Lane, and other notable Smallville alum Tom Welling will be reprising his role of Clark Kent. Is this the time we could finally see Tom Welling break the Smallville rule of: “NO TIGHTS! NO FLIGHTS!”? 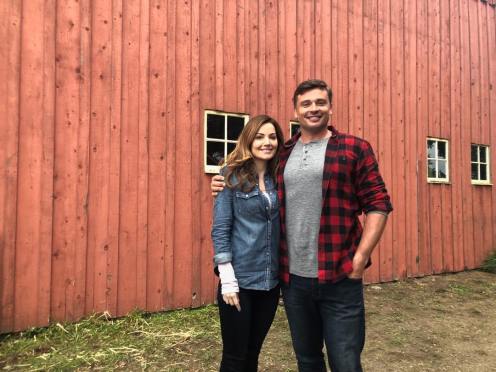 All other main cast members within their respective shows will also be appearing, leading to what Arrow producer Marc Guggenheim has referred to as: “The Holy Grail of DC comic book stories, in my opinion,” also adding “We cannot screw this up.”

Stay tuned to nowherecalifornia.com for any breaking news or last minute casting announcements as we cross the 8 weeks remaining threshold.