The Days of the Dead coverage take an animated turn and the guys from Nowhere talk with Angus Oblong.

There might be a rare few that might be clueless on who this man is or it might be the other way around, so here is a quick refresher to jog your memory.

Angus Oblong is a writer and illustrator that entered the published landscape with the book “Creepy Susie and 13 Other Tragic Tales For Troubled Children” This well-written and illustrated book gave the world a look at Angus’ talents. Also, “Creepy Susie..” lead to the animated series known as “The Oblongs”

This animated series transferred characters from the original book to the small screen and brought the world of Angus Oblong to a larger audience, two members of this audience were the guys from Nowhere.

At the 2016 Days of the Dead convention, Phil and Josh took the opportunity to talk with the mind behind these creations.. 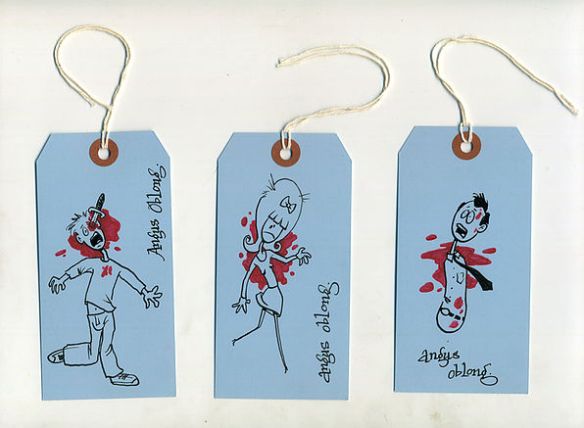