It’s not a huge secret that Nowhere California loves to shine a spotlight on the world of independent creativity. Also, if there is a project that sticks out to our team, we will keep tabs on the minds behind the projects and George Wassil is one of those minds.

George is the creator of the comic book series “Oh, Hell” and Nowhere California first crossed paths with him at the 5th annual Long Beach Comic and Horror Con in 2013. Since that first conversation, we have been lucky enough to talk with George on five different occasions.

Now, before you ask about the fourth conversation, here is our most recent conversation with George from the Stan Lee’s 2017 Los Angeles Comic Con. 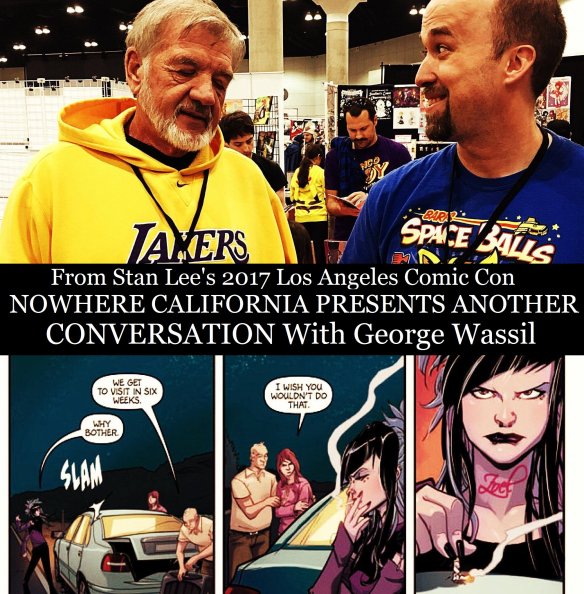 If you want to keep track of the “Oh, Hell” universe CLICK HERE