“Good news everyone,” those are the immortal words of Professor Hubert J. Farnsworth and those words speak volumes today. The headline is not a glitch, Nowhere California has a sponsor.

Audible.com is the internet’s premier provider of audio books and they are going to place their name along with long standing production. This is an exciting moment for Nowhere California and we hope our listeners will share in our excitement, but more importantly, we hope our listeners will dive deep into the Audible.com catalogue and show them that sponsoring our podcast was a great decision.

The entire Nowhere team understands that money can be tight and subscribing to a new monthly service can be a hard choice to make, so Audible.com has set up this special link to give you 30 free days to enjoy their site, with NO COMMITMENT, and a free audio book to keep in your personal library. Click the link below and start your trial now.

In the past, we have used the phrase “Level Up” when it comes to important milestones in our pop culture journey and this is definitely one of those moments. We want to send our thanks to Audible.com for taking a chance with us and, as always, thank you to all of our listeners for the great support for all of these years.

The month of October starts out with 3 bangs and 2 of them came from the tires on Josh’s car. Anyways, here is episode 101 of Nowhere California.

In this installment, Josh takes a rough road trip and finishes his day at the house of MOD. As Josh and Doug back track Josh’s adventures of the day, their conversation delves into the topic of horror fandom and the mentality that surrounds this world.

Don’t forget Nowhere California is currently running a shirt campaign. CLICK HERE For Our Booster Campaign Page  and order your shirt today. The shirts cost $19.99 ($15.00 for the shirt and $4.99 for shipping) We are looking evolve the show and have something awesome for our listeners. 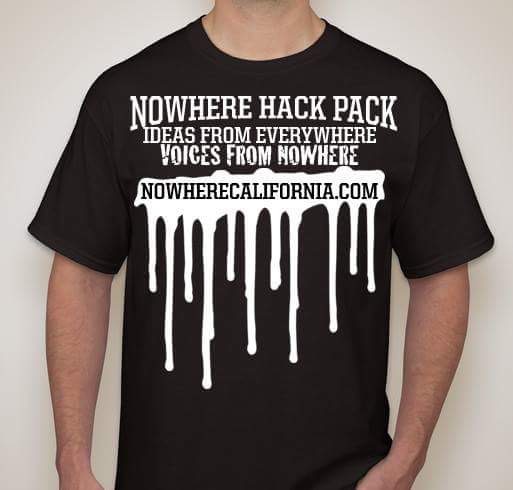 The comedic legacy of Harold Ramis continues to live on and Chicago’s Second City will make sure of that, as they have announced the formation of The Harold Ramis Film School. Since Harold has created some of the greatest moments in comedic cinema, there is no one more fitting of this honor and some of the greatest comedic minds of today will have their hand in this school’s inner workings.

One of the important aspects of this establishment will be the new school’s advisory board. This board will consist of Steve Carell, Eugene Levy, Keegan-Michael Key, and Martin Short , as a few of its members.

“Harold is the perfect person to have a school named after him,” Martin Short said in a recent interview. “He taught us all how to act and how to live. He was the ultimate teacher.”

The Harold Ramis Film School will be a certificate program, instead of the traditional degree program and the students will develop a portfolio that will allow them to begin their first steps into the filmmaking world of comedy.

“Harold Ramis was the quintessential Second City writer/performer – intelligent, funny and devoted to the spirit of ensemble,” says Andrew Alexander, CEO and executive producer of The Second City. “His early mentoring of the Second City TV cast set the template for how that show would operate for eight seasons. His unselfish and generous spirit dominated the many wonderful films that he directed and wrote. I am thrilled by this opportunity to instill Harold’s philosophy of successful storytelling in film in the next generation of artists.”