Beware the stars, there is an invasion looming and we have Nickelodeon to blame for this. The nostalgia trend continues to pick up steam at the kid’s cable network and they have announced that “Invader Zim” will be returning in a special television movie.

“As a network that prides itself on a 25-year history of creating groundbreaking, hilarious animation for kids, Invader Zim is one of our great loves. It’s been so exciting to see its popularity grow over the last decade through social media, consumer products, and the Zim comic books,” comments Nick’s senior VP, Content Development and Production, Animation, Chris Viscardi (via VARIETY)

The “Invader Zim” movie has jumped into the current mix of Nickelodeon’s blasts from the pasts, as several other classic NICKtoons are preparing for the television movie treatment.

The details of this production are still developing, but here are a few piece of information that is known. The creator of “Invader Zim”, Jhonen Vasquez, will be returning to lead this new era of Zim. Also, the original voice cast will be returning to give the proper touch to this event.

As details develop, we will pass that information on to you through this site and the Nowhere California Podcast, but for now there is no set air date.

This installment of Nowhere California’s coverage of the 2016 Stan Lee Los Angeles Comic Convention has a short back story and that will lead us into the conversation with the multi-talented, Joe Ochman.

In the early days of Nowhere, the team would never have imagined that we would conduct interviews with people from the entertainment world and gain actual connections with this talented world, but that changed with the chance meeting with Satu and Steve J. Palmer from “Queen Gorya”. After that meeting, Steve J. Palmer started to line up interviews for the guys from Nowhere and one of those interviews was going to be with Joe Ochman.

Ochman is a multi-talented performer that has delved into many aspects of the entertainment world, he has taken his talented from the stage to the screen and behind the scenes. The chance to talk with Joe was an opportunity that the Nowhere California team couldn’t wait to talk with him, but a few speed bumps appeared in the way (so goes the life of the independent podcaster) It took a little time, but good things come to those who wait and we jumped to the chance to talk with Joe at the 2016 Stan Lee Comic Con. 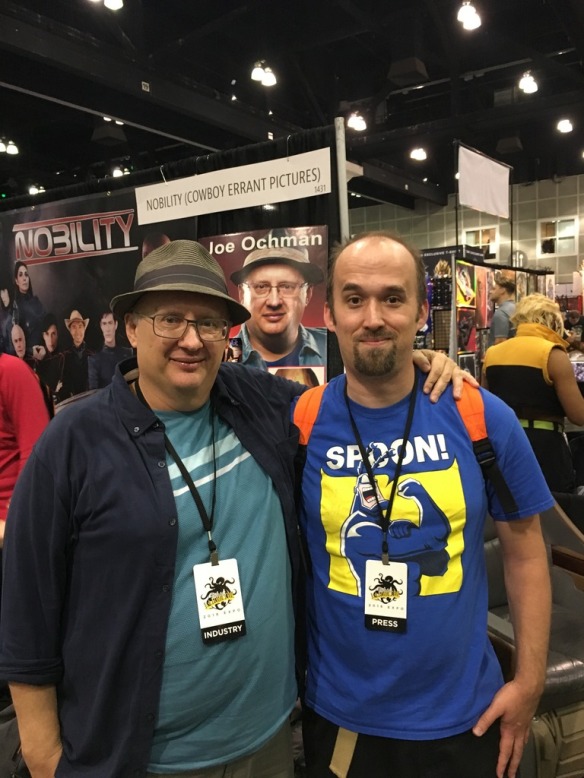 It might have taken some time to get this conversation with Joe, but it was a pleasure to talk with this man. You should take the time to check out his credits and I wouldn’t be surprised if you see some very familiar titles.

The entire Nowhere California team would like to thank Joe for taking the time to talk with us at the convention. We hope it won’t be too long before we get the opportunity to delve deeper into your career and talk again. 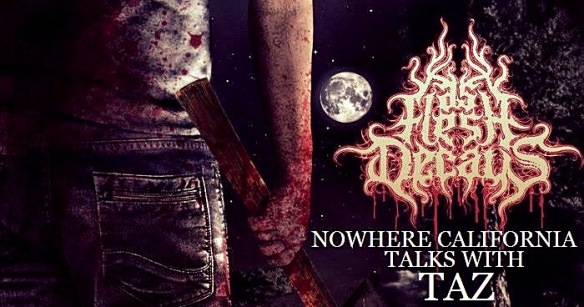 During Nowhere California’s coverage of the 2016 Stan Lee’s Los Angeles Comic Convention, the guys from Nowhere crossed paths with a friend of con’s past and caught up with Taz.

The last time the team had crossed paths with Taz was at the 2014 Days of the Dead Convention, during the conventions Saturday morning cartoon screening and a friendship was formed through a alcohol charged commentary.

Since that chance meeting, we have been looking for a chance to cross paths with Taz and that opportunity came at this year’s Los Angeles Comic Con. There wasn’t a cartoon screening to riff our way through, but Taz and I had a great conversation about his return to the states. Also, the conversation delves into Taz’s musical life and his work with the band “As Flesh Decays” (CLICK HERE for As Flesh Decays EP “SINISTER”) 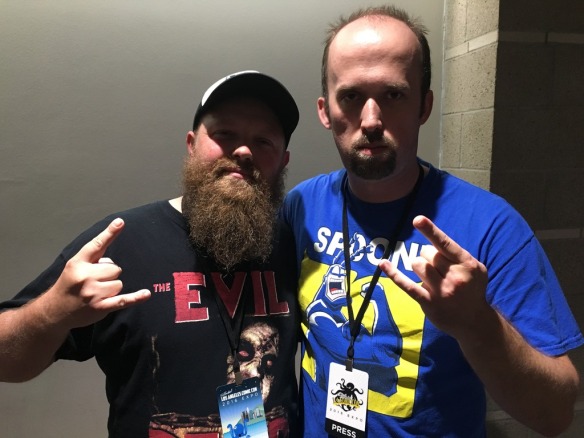 CLICK HERE For Nowhere California Presents Our Conversation With Taz (12:18)

As with every convention, the people we meet are the highlights of every event and touching base with Taz was a definite highlight of the Los Angeles Comic Con. Thank you Taz for talking with us and, to everyone reading this, check out “As Flesh Decays” This level of death metal is perfect for any hardcore horror fan.

After a short return to normal Nowhere California business, it is time to finish up our coverage from the 2016 Long Beach Comic Expo and release our final 3 interviews from this event.

In this installment, the guys from Nowhere talk with the talented Katie Leigh. The career of Katie Leigh can easily be summed up as the voices from your childhood. Leigh’s list of credits can be looked at like a roadmap of iconic children’s programming and you can sample some of this work through her animation demo..

Life has been like a hurricane, but it’s time to return to an easier time and a world of rich ducks swimming in gold coins.

The news broke in 2015 that the “Disney Afternoon” classic Ducktales would be returning to the small screen in 2017 and would find a new home on the Disney X D channel.

Today, Disney revealed the first image of the relaunched series.. 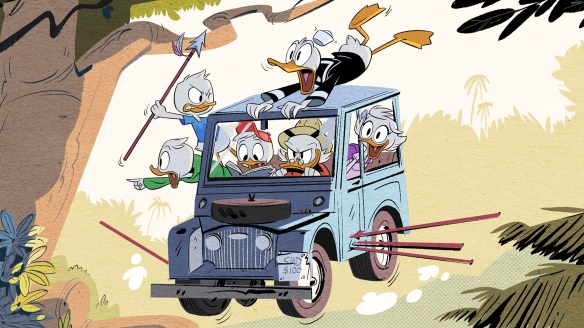 As you can quickly see from the image, all of the classic characters will be returning and Disney has decided to run with the classic form of animation, then the CG animation that saturates today’s animation world.

The Ducktales relaunch does not have a set start date, but stay tuned to this website for updates… woo oo.

It has been an amazing journey, but it’s time to finish our coverage from the 2015 Comikaze. This adventure was something that the entire Nowhere California Team could never imagine and we cannot wait to make this trip in 2016.

Now, with all of that said, we have planned to finish our coverage with blast from our childhood past and talk with Bill Kopp. Kopp has worked in every position in Hollywood and developed a career that has spanned several decades, but his work in animation has been Kopp’s long lasting legacy.

Kopp has had his hands in some of the greatest franchises and cult classics, one of those cult classics being Eek The Cat and that cat is one of the many reason Nowhere California wanted to sit down with this creative mind. 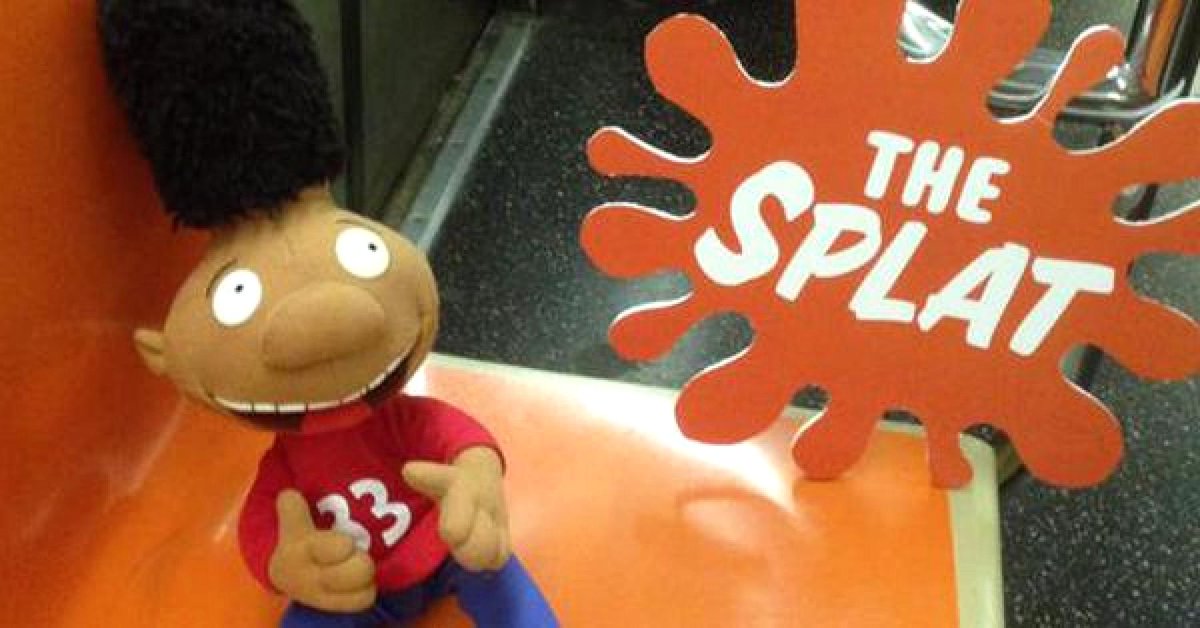